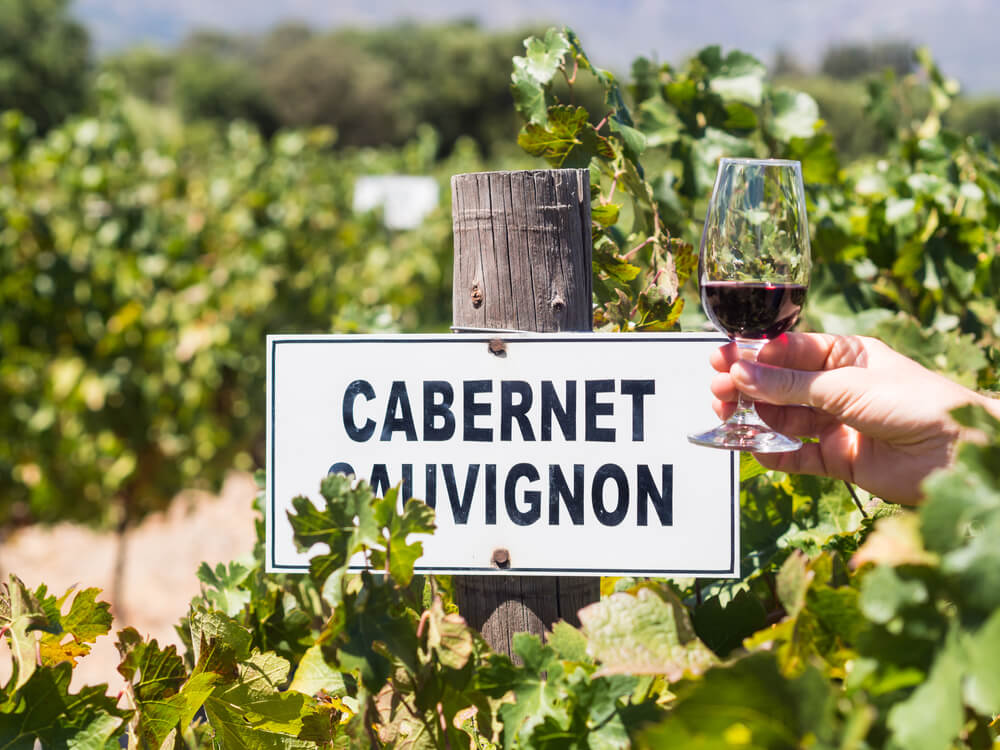 All You Need To Know About Cabernet Sauvignon

Cabernet Sauvignon wine is easily one of the most popular varietals in the world and once was the dominant variety of grape grown globally. If you’re eager to get a taste, you can pop into just about any supermarket and find several brands on the shelves.

But before you start typing “Cabernet Sauvignon near me” into your search engine, there are a few things you might want to know. After all, you don’t want to get the wrong impression from a low-quality wine.

To help you out, we put together this short guide to the popular wine with all the basics to get you started.

The Origins of Cabernet Sauvignon

As its name implies, the Cabernet Sauvignon grape variety is the product of a cross between the Cabernet Franc and Sauvignon Blanc varieties. It was actually the result of accidental cross-breeding rather than intelligent design; at least that’s how the story goes. It dates back to 17th-century France and by the 18th century was widely grown and popularized.

As with everything else, there’s a lot more to know about Cabernet Sauvignon than most of us care about, but this brief origin story is probably enough for the scope of our guide.

Characteristics of the Cabernet Sauvignon Grape

So now that you know where it comes from, the next part is to find out what’s so special about this grape variety.

For starters, the grapes are round and quite small. But don’t let the size fool you; these grapes are adaptable and robust. They grow in a wide variety of climates and soils, which contributes to their popularity. They’re also resistant to weather changes and many common grape diseases and pests.

Partly because they’re so small, they have a high ratio of skin and pip to the amount of pulp. That results in a high amount of tannins, which is a godsend for winemakers since more tannins mean the wine can have a long aging process and gain complexity over time.

Lastly, these grapes love being aged and fermented in oak barrels. This love affair with oak contributes to the ability of Cabernet Sauvignon wine to age so well and allows it to take on aromas and flavors from the wood. 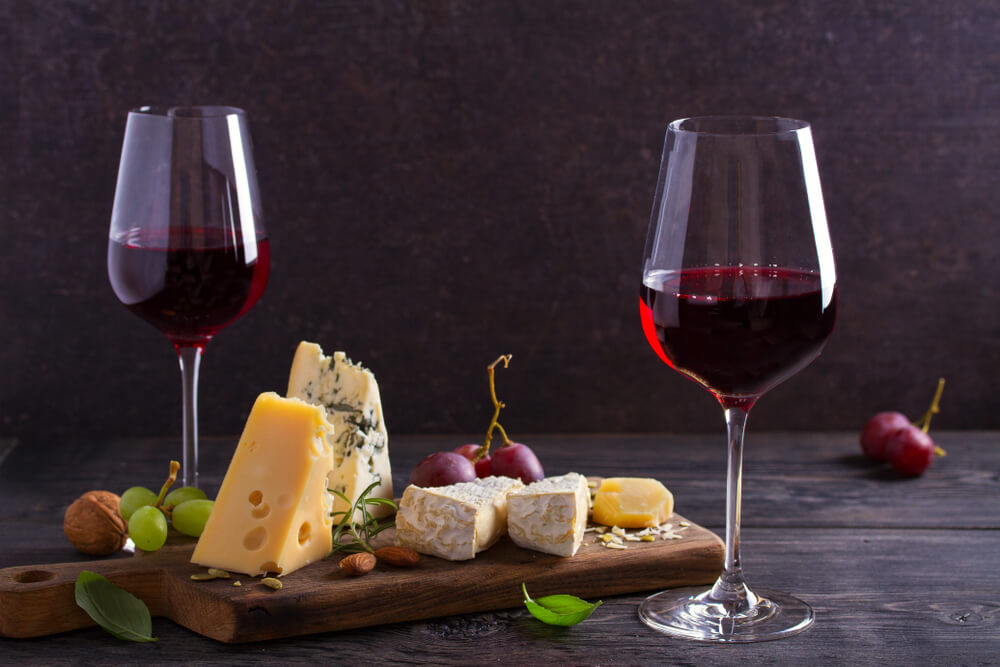 Now comes the part you’ve been eagerly awaiting. Knowing about grapes and their origin is great when you’re making small talk, but most people really want to know about Cabernet Sauvignon taste to figure out how to spot a good one.

If you have any experience with wines, you’ll know that one of the main elements of a wine’s flavor profile is sweetness. And while there’s a degree of subjectivity when ranking wines on sweetness, most people agree Cab Sauv is a dry wine.

However, there’s a bit of nuance to its dryness depending on the climate where the grapes are grown. Wine from grapes grown in warmer climates tends to be more toward the middle of the spectrum. Still decidedly dry but not even approaching the “bone dry” category. Delicate palates will detect a hint of sweetness. The most popular Cabernet Sauvignon wines use these types of grapes.

Cab Suv grapes from colder climates produce a dryer wine with a little more body. It’s still not comparable to some of the driest wines such as Malbec but definitely more dried than its warm-climate cousin.

So is Cabernet Sauvignon dry? Yes, but just how dry it is, depends on the origin and the person drinking it.

Pure Cab Sauv wines are right around the middle of the scale when it comes to acidity. They offer a bit of tartness on the attack, which quickly gives way to the more fruity notes that the wine is known for.

As we continue down this list and decode the Cabernet Sauvignon taste further, you’ll realize that it’s a middle-of-the-road wine in most respects. That inoffensive character, along with the ease of producing it, is what continues to make this such a popular wine hundreds of years after it was introduced.

We already briefly touched on the tanning content of the Cab Sauv grape. But that was purely from the angle of manufacture. But that tannin content makes a big difference in the flavor profile as well.

This wine is unapologetically high in tannins. In fact, some vintners intentionally use certain maceration techniques that increase the tannin content. The result is an unmistakable bold and bitter wine. Once you try it, you’ll never forget the Cabernet Sauvignon taste, and that’s mostly because of the bitterness and pucker from its tannic nature.

Most wines of this varietal are made to have relatively high alcohol content. 13–14% alcohol content is common, with some reaching as high as 15%. This is another selling point in the wine’s favor for many drinkers.

High alcohol content can contribute somewhat to the dryness in a wine. So if you’re wondering is Cabernet Sauvignon dry or not, take a look at the alcohol content for clues. 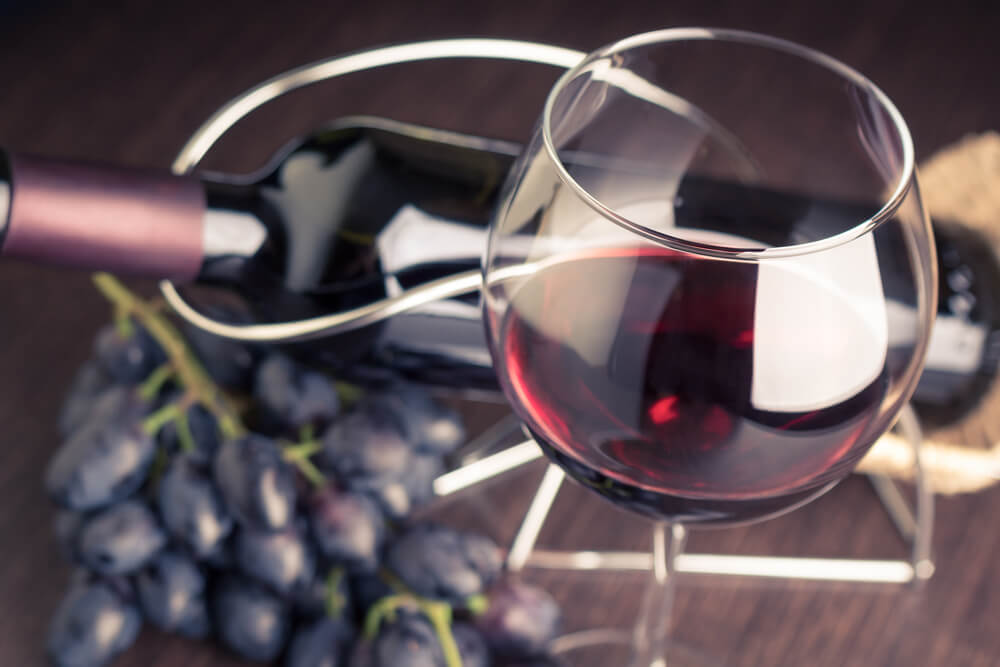 The Body of the Wine

Lastly, the body of a wine brings together all the other factors into a single expression. The spectrum of a wine’s body goes from light to bold. Lighter wines tend to be easier to drink without a lot of punch to them, while bold wines are hearty with a lot of character.

Cab Sauv is a full-bodied wine that’s on the high end of the spectrum. Most popular Cabernet Sauvignon brands lean into this boldness, and to people who appreciate it, it’s the most appealing trait of the wine.

Typical flavors of the wine include dark fruit such as black cherry, blackberry, and blackcurrant on the attack. Some more mature wines will also have hints of cinnamon and baking spices, depending on the age.

As a red, full-bodied wine, the most popular choice to pair with it is red meats such as steak and lamb. Fattier cuts of meat can stand up to the high tannin content in this wine, and it’s not quite strong enough to overpower red meats.

It can also pair very well with hard, aged cheeses such as sharp cheddar or gouda. Things to avoid pairing with this wine would be light salads and delicate fish since these will tend to fall flat in the face of Cabernet Sauvignon.

Find the Wine That Suits Your Palate

You don’t need to be a master sommelier to know whether you like a wine or not. So don’t be afraid to try many kinds until you land on something you like. Now you’ve got a basic understanding of Cabernet Sauvignon, so it’s time to give it a spin.

And if you’re in the Miami area, you won’t have to look very hard. At Stubborn Seed, we’ve got some of the best Cabernet Sauvignon varietals and blends to give you a full tour of the winemaking world.  Pair them with our truffle chicken or smoked prime ribeye for an unforgettable experience.

Call us or make a reservation at Stubborn Seed online right now!