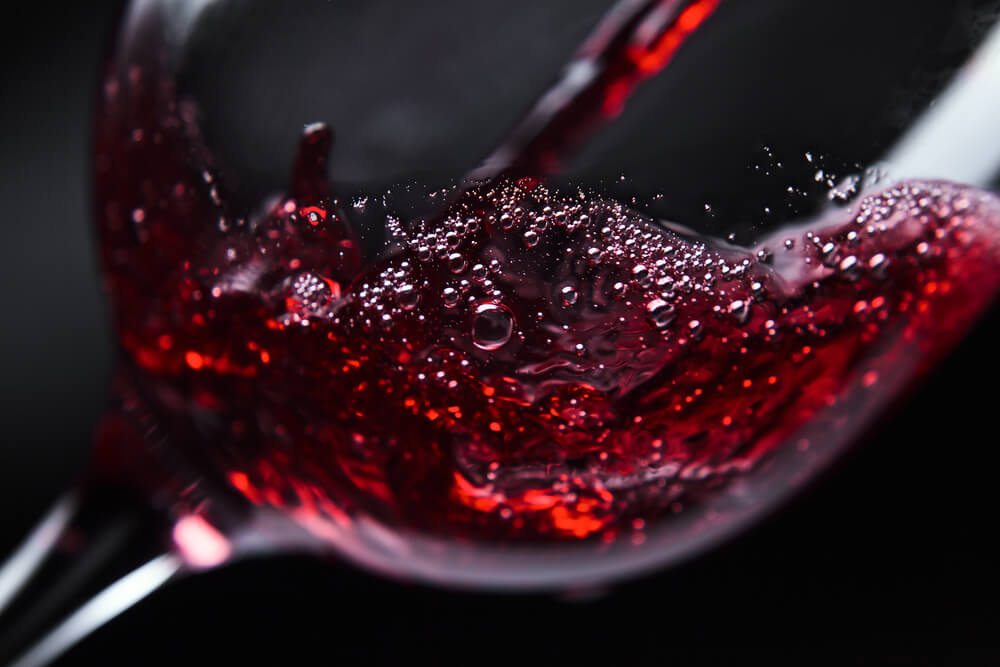 The Differences Between Merlot and Cabernet Sauvignon

If you’re reading this, you’ve either had an awkward pause in a conversation about wine or you’re trying to avoid one. Either way, you’re in the right place because we made this guide for two reasons.

The first is to teach you about two of the most iconic wine varieties and the second is to introduce you to the best wine Miami Beach has to offer. The second will have to take the back seat for now because we’re about to do a deep dive into the difference between Merlot and Cabernet Sauvignon wines.

Let’s start with some basics.

Initially, varietal Merlot wines were relatively hard to come by since it was mostly used as a blending grape. However, recent decades have seen it rise sharply in popularity, and it’s now considered one of the most dominant wines on the market and an excellent introductory wine for beginners.

Varietal Merlot wines are a deep velvety red, and it comes from hardy and versatile grapes. It’s grown in most wine-making regions across the world, but it likes cool climates best. Most of the world’s Merlot comes from France, but the US is a close second. 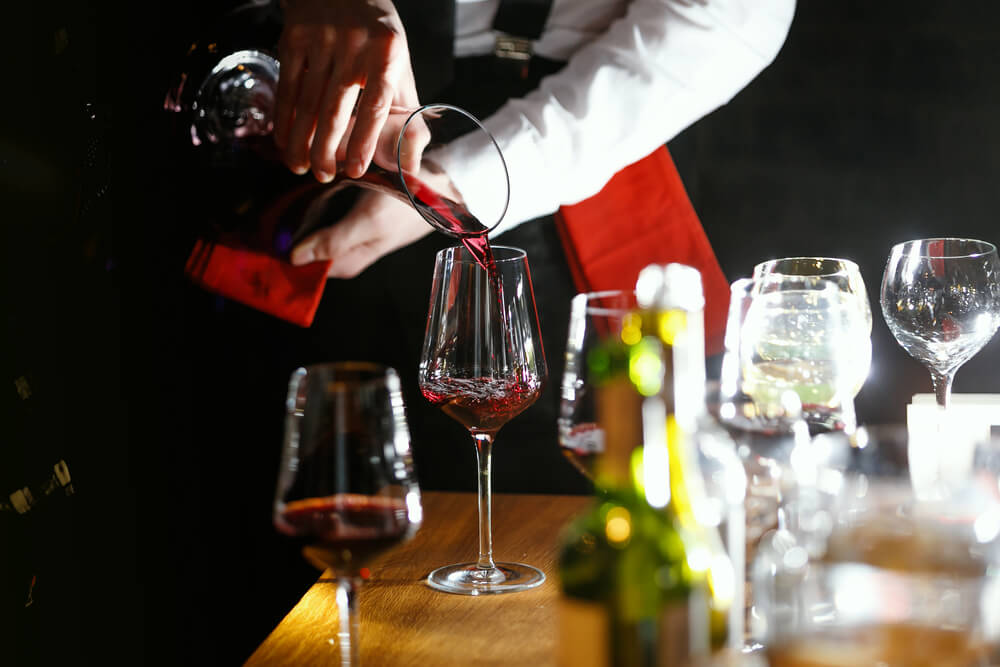 A crossbreed of the Cabernet Franc and Sauvignon Blanc grape varieties, Cabernet Sauvignon as a species dates back to 17th-century France. The Cab Sauv grape is small with a thick peel and large pip. One of its distinguishing characteristics is a high amount of tannins that help produce a deeply complex wine as it ages.

It’s also a red wine, and like Merlot, a good introductory wine for people who are just starting to learn about reds. It’s easy to like and enjoys massive popularity all over the world due to the ease with which the grapes grow and its inoffensive flavor.

Now that we’ve scratched the surface let’s move on to how these wines compare to each other. Usually, wines are graded on five characteristics, and we’ll cover those five below, starting with sweetness.

Merlot is usually made to be a very dry wine. Merlots from warmer climates tend to go as far as being bone-dry. That has been typical of Merlots for a long time. However, there was a period in the 1990s when a glut of low-quality Merlots saturated the market. These were far sweeter than what Merlot drinkers were used to, and Merlot sales in the US dropped considerably as a result.

Cab Sauv wines are also dry but typically have a hint of sweetness, especially when grown in warmer climates. It’s also a wine that likes to mature for long periods, so younger bottles tend to be sweeter and less complex.

The typical Merlot is smack-dab in the middle of the acidity spectrum when it comes to red wines. Depending on how long it has been aged and where it was grown, you’ll definitely feel some complexity and tartness, but it shouldn’t be overbearing at all.

Cabernet Sauvignon is also what you might call a medium-acidity red wine, but it tends to be a little more puckery than Merlot. You’ll usually know a Cab Sauv by how it hits the front of your tongue. First, you’ll get an acid kick, but it almost instantly gives way to the sugary and fruity notes that the wine is known for.

Tannins are the first dimension on this list where you’ll notice a stark difference between our two wines. High tannins usually result from the ratio of pip to pulp in a grape, and Cab Sauv has tannins in spades.

In fact, Cab Sauv is mostly known for its high tannin content, and winemakers make good use of this trait in the aging process. It’s what gives the wine its distinctive tart aftertaste and also what contributes to its bold complexity when aged properly. Even for a red wine, it’s very high in tannins.

Conversely, Merlot usually has a medium tannin content. It’s considered relatively tame compared to other reds, and entry-level Merlots tend to shy away from tannins to make easy-drinking wines that pair well with a variety of foods. If you don’t like the bitterness and zest of tannins, Merlot is the winner of this contest for you.

Like most wines, Merlot and Cabernet Sauvignons tend to have higher alcohol content when they come from warmer climates such as California or Australia. However, both of these wines have high alcohol content almost as a rule.

Typically, they range between 13% and 14% alcohol by volume, and this range serves both wines equally well. Since Merlot is lower in tannins, you’ll probably taste the alcohol a little more than you would in a Cab Sauv. In wine snob jargon, this is known as a wine tasting “hot.”

You can expect the same amount of wine to do the trick from either one, but if you’re in the roughly 25% of the population to whom alcohol tastes sweet, Merlot might be a more interesting flavor profile. 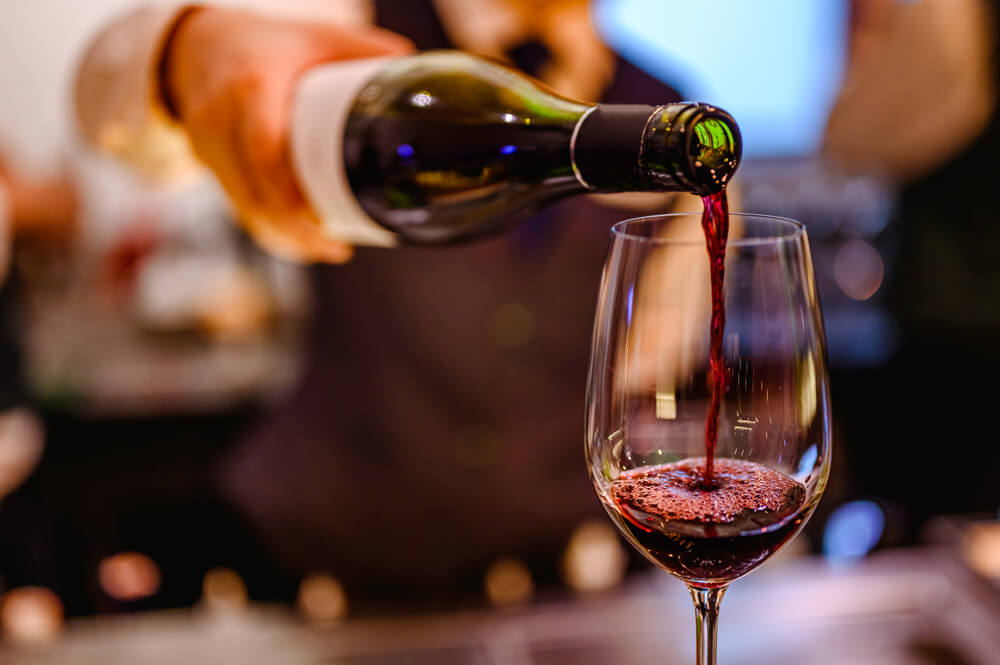 Difference Between Merlot and Cabernet Body

Finally, the body of the wine is the overall impression you get when you take your first sip. Merlot is usually a medium-full-bodied wine. It will taste heavy and rich but light enough so that you can have several glasses without it getting cloying.

Cabernet, on the other hand, is a full-bodied wine. The high tannins, alcohol content, and relatively low acidity all come together to make a complex and heavy wine. You’ll probably want to sip a Cabernet slowly and give it time to sink in if you want to fully appreciate the wine.

Now that the fundamentals are out of the way, it’s time to compare the taste of these wines.

With both of these wines, you’ll feel some tannins right out of the gates. However, they both give way to a fruit-forward profile, with Merlot tending to show some cherry and plum notes. More aged Merlots will also have hints of chocolate and bay leaf in the aftertaste and some vanilla to a sensitive palette.

Cab Sauv tends to have strong dark fruit notes. Dark cherry and black currant are common with cedarwood and baking spices present in oak-aged wines. You’ll want to decant a Cab Sauv a little longer than Merlot to let its complexity develop.

Overall, the Merlot vs. Cabernet Sauvignon taste test reveals Merlot to be a more user-friendly and easy-to-drink wine while Cabernet is complex and rich. While both are accessible, they each have their distinctive flavor profile.

The Best Wine Miami Beach Offers Is in Our Cellars

We don’t just like talking about wine; we also love sharing it. So, if you’re ready to get some first-hand experience with top-shelf Merlots and Cabernets, make a reservation online right now at Stubborn Seed.

We’ll be sure to recommend the right wine pairing for an ideal dining experience. And if you want some more pointers about wine or want to point out something we missed, be sure to leave us a comment.