What Is the Healthiest Way to Eat Beets? 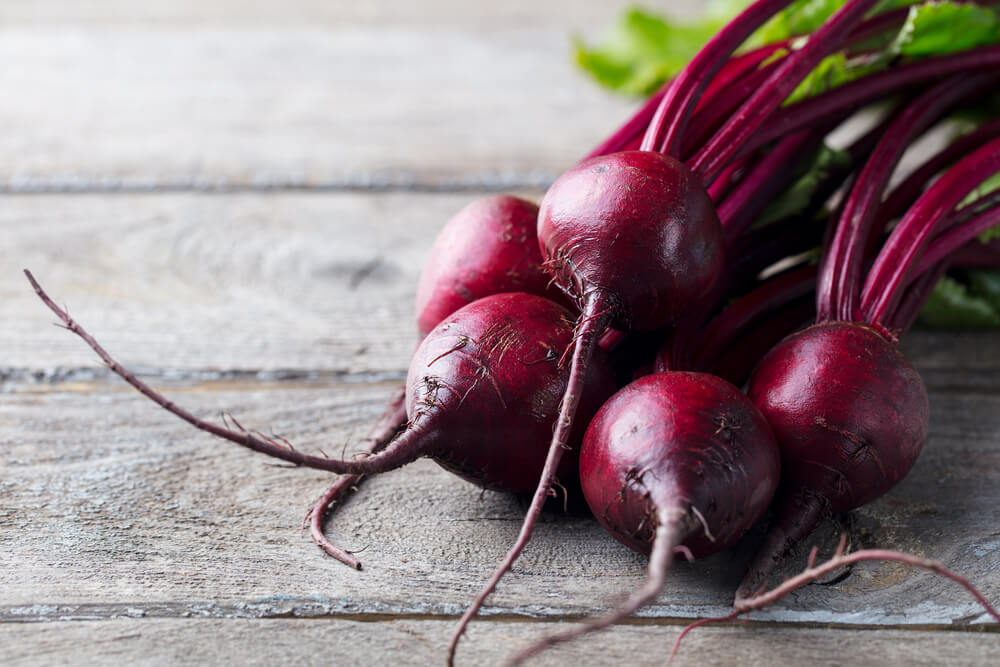 You probably wouldn’t list beets in your top ten favorite vegetables of all time. And, you’re not alone. At one point, beets were even ostracized from the White House garden. But beets hardly deserve such disdain.

Many health experts refer to beets as a superfood, and their nutritional value is immense. If you love beets, you’ve come to the right place. This article will teach you the best way to prepare and eat them.

If you hate them, hopefully, you’ll change your mind by the end.

The Best Ways to Eat Beets

One of the big selling points of beets is their versatility. You can eat them cooked, raw, or pickled. You can boil them, broil them, bake them, sautée them – you get the point.

With so many options, it’s hard to say that one way is far and away better than the rest. Instead, let’s take a look at what sets each of those ways apart and what the advantages are.

Cooking beets will extract some of their nutrients. Let’s just get that out of the way. No matter how you cook them, the process will net you a beet with less good stuff in it. And the longer you cook them, the more nutrients will escape the beets. Specifically, heat degrades betalains, a vital nutrient in beets.

Having said that, the way you cook them does make a difference. The best way to cook beets to retain nutrients is to steam them.

Steaming beets for no longer than 15 minutes is recommended. If you have a steamer, steam them until you can easily insert the tip of a fork into the beets. If you want them to be more tender, slice the beets before steaming them.

When you steam beets this way, you don’t need to peel them. After they’re steamed, you can easily rub the skin off with your hands or use a paper towel after they’ve cooled.

A close second, in terms of cooking methods, is roasting the beets. When baking, you’ll want to peel the beets first and cut them into 1-inch chunks. Place the cut beet chunks on a baking sheet and roast them until tender.

The healthiest way to cook beets is ultimately the one that cooks them the least. 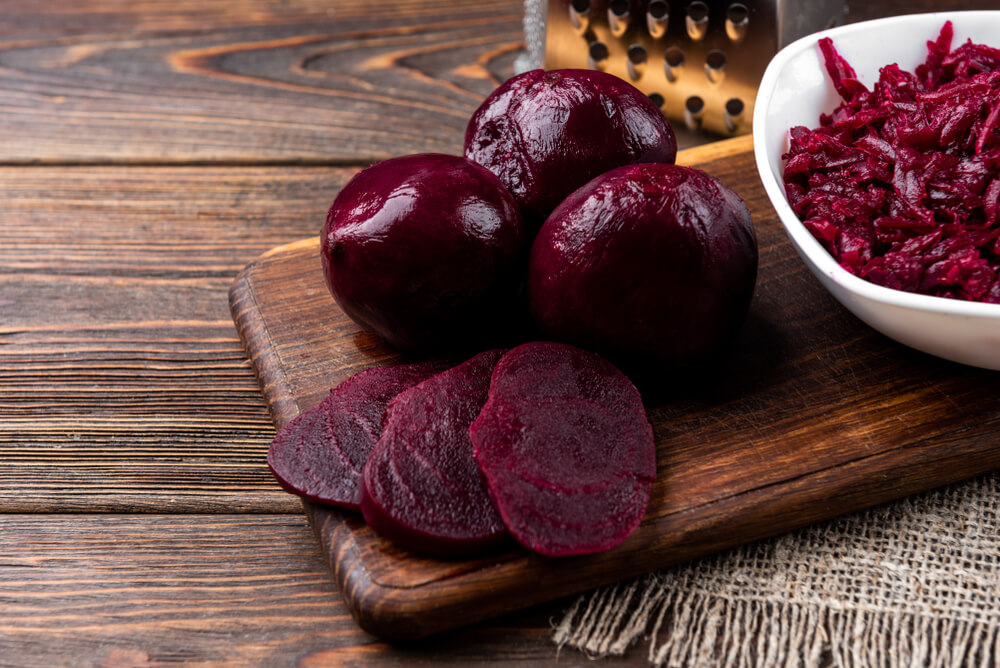 Many people are surprised when they hear that beets can be eaten raw. Actually, some of those people may have already eaten raw beets without realizing it. Beets at salad bars are often served raw.

So, are beets better cooked or raw? That depends.

If you’re asking purely in terms of nutrition – raw, hands down. There’s no denying that cooking beets removes some of their nutrients. However, there are other factors to consider.

Raw beets have an almost overpowering earthy flavor. That’s fine if it’s what you’re looking for. But sometimes you’ll have to work hard to balance out the flavor in a dish if you’re using raw beets.

Raw beets make great additions to salads or served as a side. Be sure to slice them thinly, though. They’re crisp and tough when they’re raw and can be tough to bite through if you cut them too thick.

Your best bet is to try to find a happy medium. Cook the beets as little as you can to reach a sweet spot between flavor and nutrition.

Of course, you can’t have a discussion about beets without mentioning the pickled variety. Some chefs love them; some can’t stand the thought of them. But no one can ignore them.

It’s a lot easier than you think. You just need to simmer them for about 30 minutes, then slice them. Put the sliced beets in a solution of equal parts water and apple cider vinegar along with your favorite spices. Refrigerate until they’re ready for serving.

If you’re in the market for the best nutritional bang for your buck, you can opt for juiced beets. Beets are excellent for juicing. You can use every part of the beet, including the greens. Juiced beets retain all the nutrients of raw beets, the only thing you’ll be missing out on is the fiber content of a whole beet.

Ideally, you can use your own juicer at home and fresh beets to make beetroot juice. If you’re going to rely on commercial brands, beware. Always check the ingredients to make sure there aren’t excessive added sugars or preservatives that might defeat the nutritional purpose of the juice.

So far, you’ve been reading about how good beets are for your health. But what exactly makes them so healthy?

Beets are densely packed with numerous nutrients and some that are not as easy to come by from other sources. Nitrates are one of the marquee nutrients in beets. Nitrates get metabolized into nitric oxide, and nitric oxide is a potent vasodilator.

That means it helps your blood vessels expand and lets more nutrients reach your muscles. In turn, those muscles can work harder and longer. Moreover, some studies have shown that drinking beetroot juice can actually help lower your blood pressure for that very reason.

They’re also high in fiber and various vitamins and minerals. Folate, manganese, potassium, iron, and vitamin C are highly present in beets, to list a few. Lastly, beets have several plant compounds, such as betanin, which is responsible for their characteristic color.

Betanin is a polyphenol that has gotten a lot of attention in the nutrition community. Its effects as a powerful antioxidant have been documented. 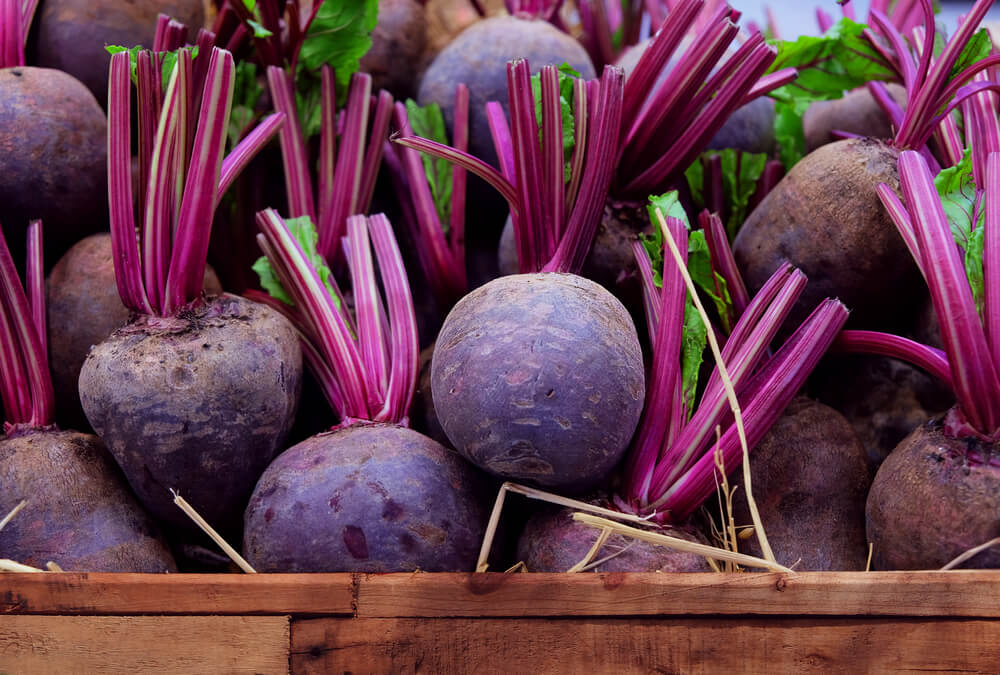 When Is The Best Time to Eat Beets?

If you want to eat beets raw (and you should for maximal nutrition), your best bet is to eat them during the summer. Harvested throughout the summer and into fall, raw beets are tastiest in the early season. Young beets are not quite as overpowering and make great additions to salads either raw or lightly cooked.

Beets can keep well in the refrigerator, but try to eat them as early as you can. Store them without tops but unpeeled in an unsealed bag in your fridge. They can last up to several months this way, or you can make pickled beets, which last even longer refrigerated.

If You Can’t Beet Them, Join Them!

Beets are an exceptionally nutritious vegetable. If you’re concerned about nutrition, try to eat them raw. You can also juice them or lightly cook them for similar benefits.

Or, you can book a table at Stubborn Seed Miami beach restaurant today! You’ll find many of your favorite vegetables cooked to perfection and served in a luxurious setting in the heart of Miami Beach.